The Adorable Boyfriend got me a Monkey Design “cloth postcard” from his recent trip to Taiwan. For those of you who haven’t heard of this before (like me), a cloth postcard looks like an ordinary postcard. You cut out the pieces and MAKE it. *craftgasm* (stuffing sold separately) 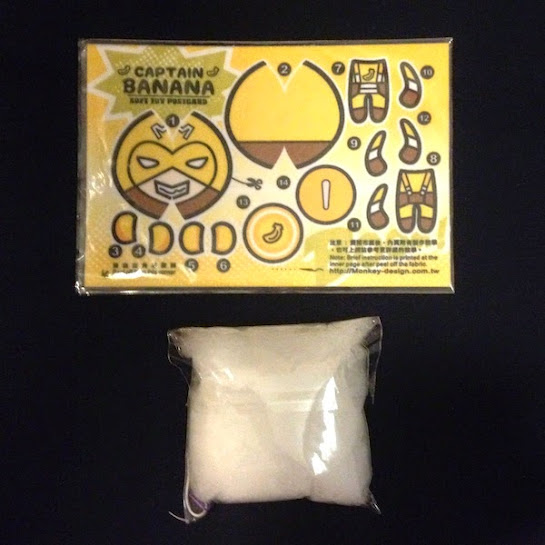 Step 1: Peel off the piece of cloth stuck on the card. The card has the instructions on how to build the soft toy. 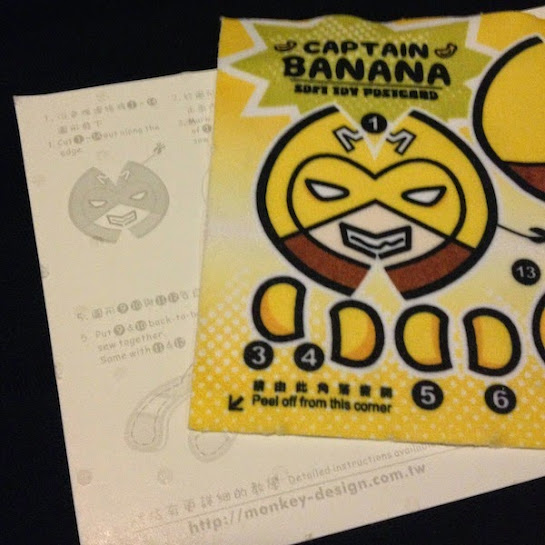 Step 2: Cut out the pieces.

Step 3: If it makes it easier for you, make tracing guides with tailor’s chalk or pencil. This only works for the forehead and chin though, because the rest of the time, you’ll be sewing on the printed side of the cloth. 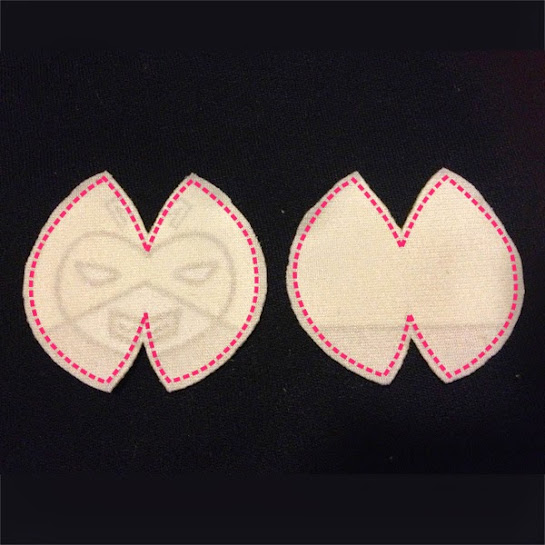 Step 4: Fold one piece face-to-face and sew the forehead and chin part together (where it breaks into a “V”). Do the same with the other piece. 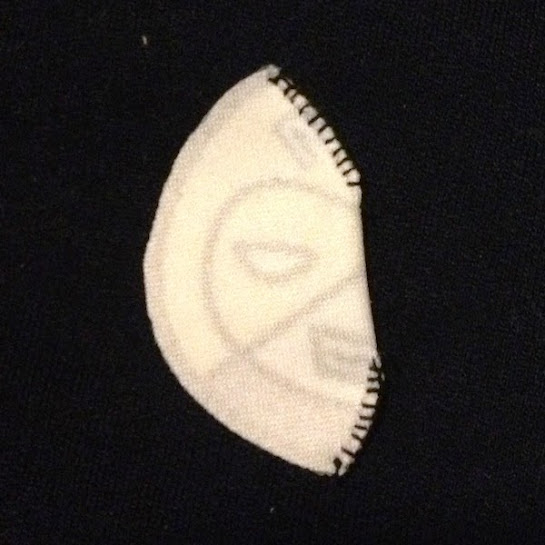 Step 5: Make a loop and sew the string onto the fabric. The string comes with the postcard packet. Don’t forget to make a knot at the end of it so it won’t slip out.

Step 6: Put the two head pieces back-to-back and sew them together FROM THE OUTSIDE. I sewed them along the black outline with black thread. Don’t sew them all the way just yet!

Step 7: Stuff the head with cotton then seal it. The amount of cotton is up to you. 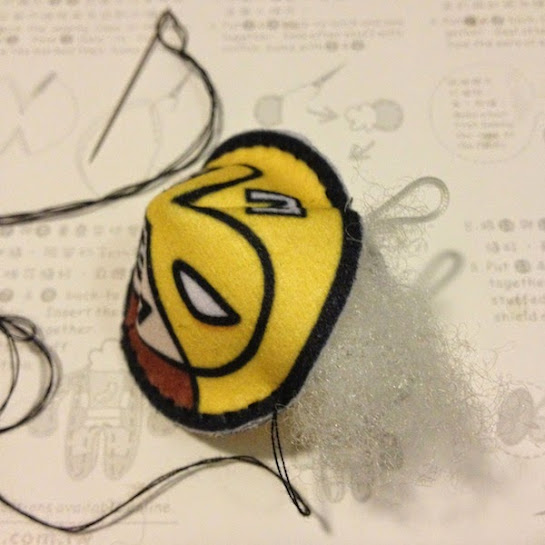 Step 8: Do the same with the ears, arms, and shield. Sew-stuff-seal. The smaller pieces are definitely trickier to stuff. I had to use the end of a pair of scissors to push them in. 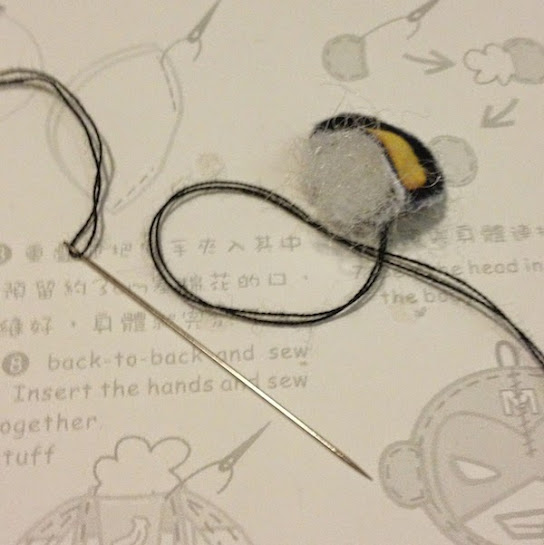 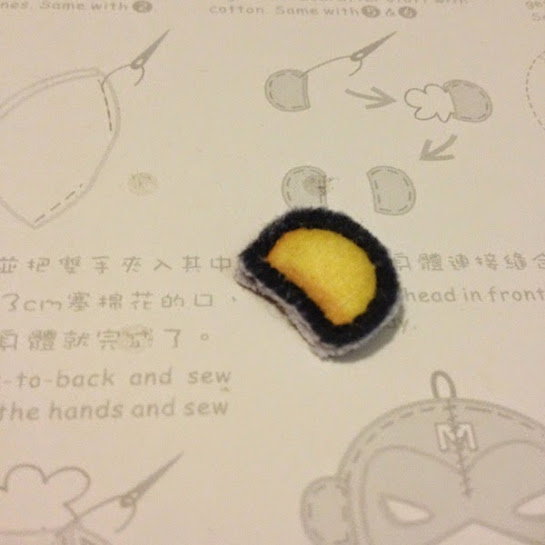 Step 9: Once you’re done with the arms, put the body pieces back-to-back, insert the shoulder end of the arm in between, and sew to secure it with the body. Don’t forget to do the same with the other arm. Stuff the body, then seal. 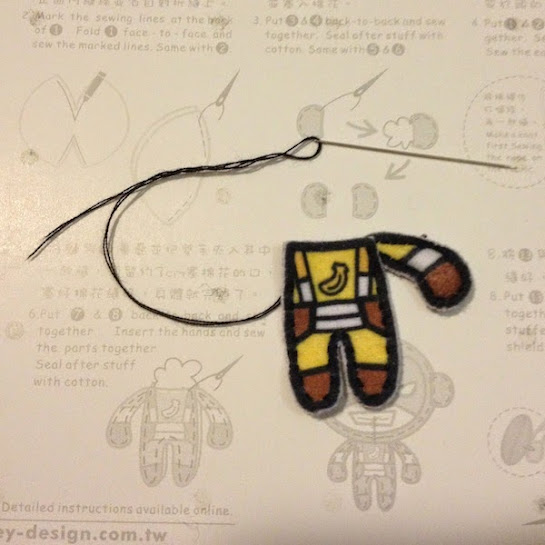 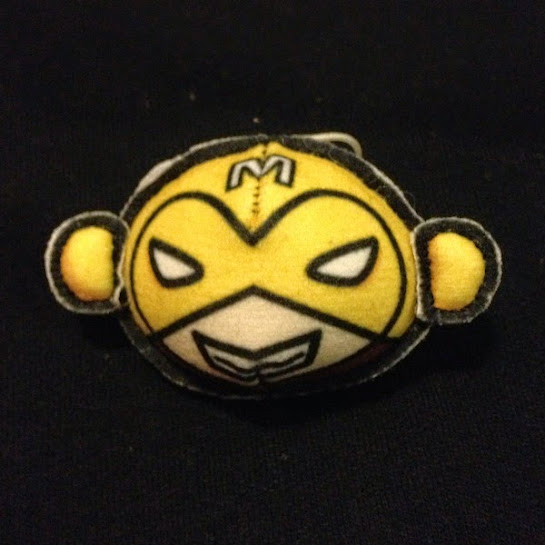 Step 11: Sew the head in front of the body and the shield to the hand. And there you have it!

Monkey Design has more than just cloth postcards. Make sure to check out their website and see what other cool stuff you can get there.

I think, using the same concept, you can create your own soft toys. If you have pieces of fabric lying around the house, you can make something like the one below. You should be able to get cotton stuffing from your neighborhood craft shop.

Sew, stuff, seal… then style with buttons and beads. 🙂 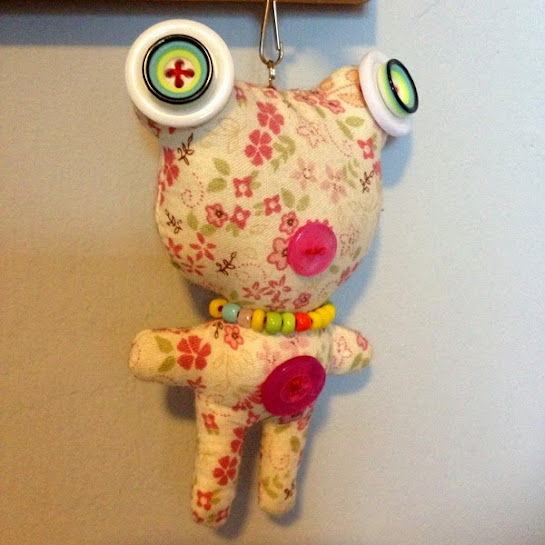 One thought on “Captain Banana: From Postcard to Soft Toy”