I took up pole dancing a few months ago as an alternative form of exercise. And this week is Performance Week, when we invite our friends and/or significant other (or others, depending on how you roll) and show them what we’ve learned the past seven weeks. Family members are invited too… but don’t you think that’s a bit awkward? One girl invited her mom. I’m curious about what her mom was thinking while watching her daughter gyrate on a brass pole.)

Performance Week fell on the first week of July, which, as our American friends would know, is the same week as 4th of July, their Independence Day. So obviously the theme was anything stars, stripes, red, white, and blue.

Living in a tiny city-state that’s Singapore, one of the shopping issues that we have to live with is seeing somebody else in the same outfit as you. For two consecutive days, I saw two different girls within Raffles Place wear the same H&M zebra print dress. Well, at least it’s not on the same day, right? I have a colleague who has the same Mango button-down shift dress as me but in a different color. And we wore it on the same day. Needless to say, I avoided her like a plague.

Performance Week is when I’m supposed to be the star (to my SO at least). And I want him to only look at me (which obviously didn’t happen. I was in a room full of half-naked chicks spreading their legs on the pole. Who was I kidding?). To avoid wearing the same costume as the other dancers, I did what an artist on a budget would do — recycle a shirt. 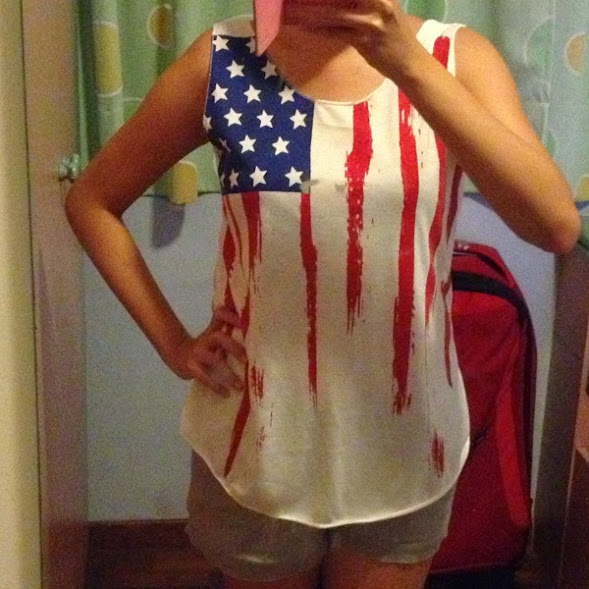 Here’s the shirt in its original form. Bought it for S$10 in Bugis. 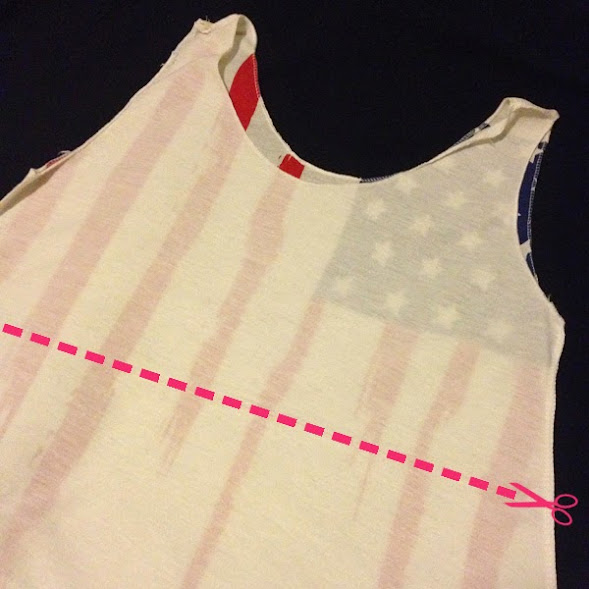 Step 1: Plan how you want your finished product to look like. What I had in mind for this one was turn it into a front tie midriff top.

I didn’t cut mine into a V-neck due to… um… lack of cleavage. I might need that extra bit of cloth so I can just tuck it in.

I think it looks alright! Happy 4th of July, everyone!

One thought on “4th of July Deconstructed Shirt”