Oh wow. Talk about long overdue! It’s been a crazy busy couple of weeks but I’ll make up for it with some origami lovin’.

As a kid, my parents would always try and engage my siblings and I to do something artsy. They would get us modeling compounds, drawing and coloring sets, but my most favorite of all — an origami book. It was love at first sight.

I don’t practice it as much as I used to, now that I’m older (don’t ask how old I am *sniff*), but every now and then I find myself absentmindedly tearing a Starbucks receipt into a square and making a paper crane. Café receipts are not the only victims. 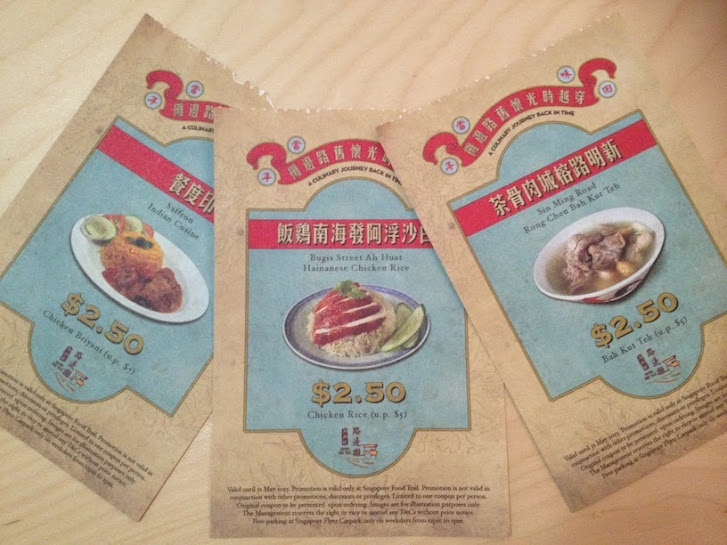 In this tutorial, you’ll learn how to transform something as ordinary as a coupon booklet, into a 12-unit sonobe ball. What’s a sonobe, you ask? Sonobe is a piece of paper folded in a specific way and combined with other sonobe units / modules for modular origami, a type of paper-folding technique that uses two or more sheets of paper to form a bigger origami. 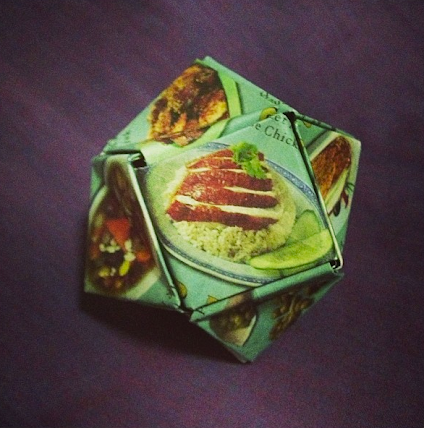 How to Make a Sonobe Unit

Step 1: Cut paper into squares. I put the image at the center so it will be “featured” on each side of the sonobe ball. 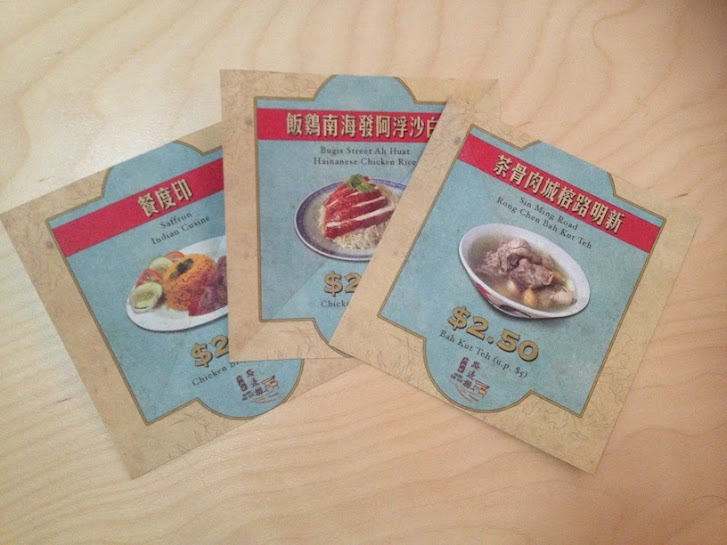 Step 2: Fold in half  to create a crease in the middle.

Step 3: Open up then fold again. This time, the edge of the paper to the center crease.

Step 5: Do the same on the left side. But this time, crease goes from bottom center to upper left.

Step 6: Tuck the flaps into the pockets.

Step 7: Fold in the excess portion from the pocket (the portion that my fingers are holding on to, not my index finger which is pushing the flap in)

How to Make a 12-Unit Sonobe Ball

This is the fun part — building the modular origami!

Step 1: Make 12 sonobe units and fold the flaps upwards. Make sure the flaps and pockets are facing you. (Check out the yummy photos in each module!) 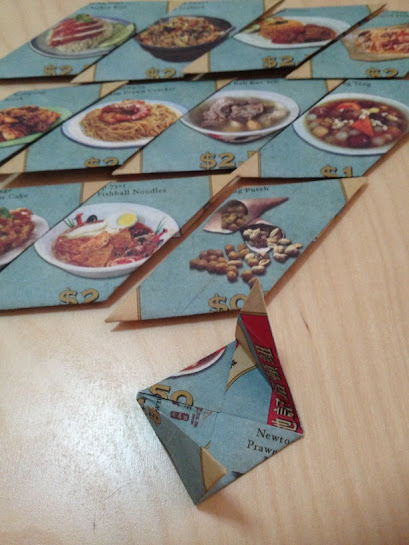 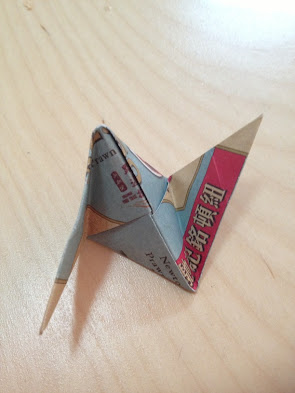 Step 3: Insert one flap of Module 1 into the pocket of Module 2. 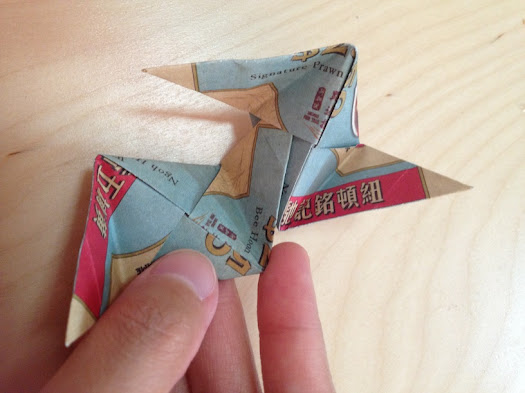 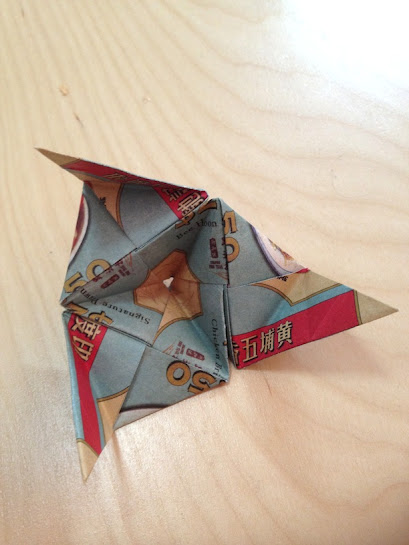 Step 5: Here’s where it gets a bit tricky. After you form one triangle…………….. form three more using the same Module X flap into Module Y pocket process. See image below left for guide.

Step 6: See it start to form into a ball by inserting the flaps into the pockets next to them (where the pink arrow is). No adding of sonobe modules on this round. 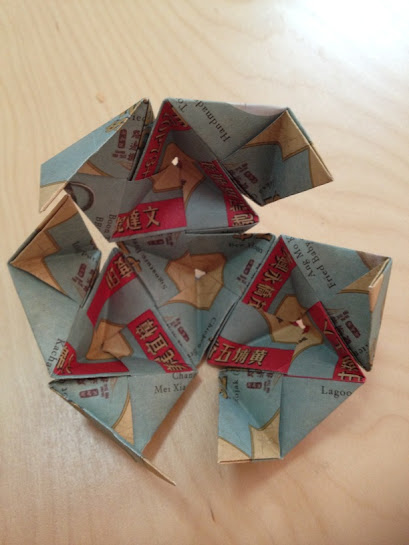 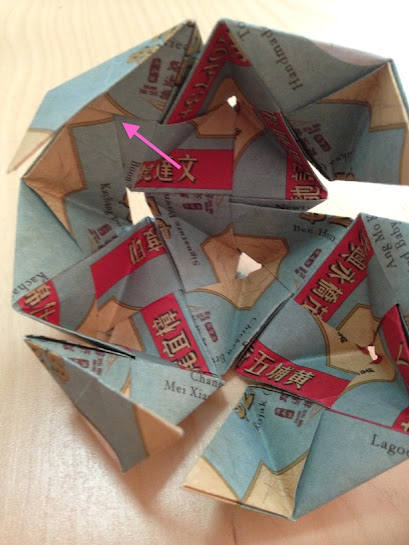 Step 8: Tuck the three remaining flaps into the pockets next to them and you now have a 12-unit sonobe ball! 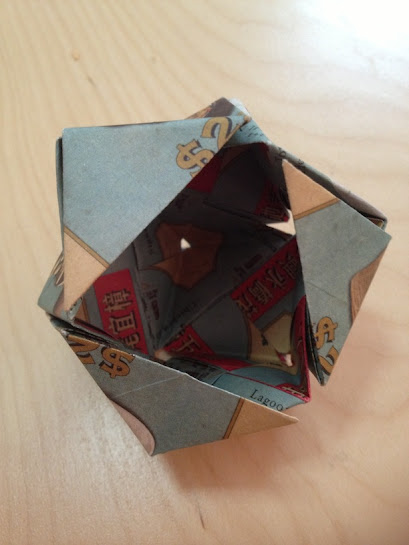 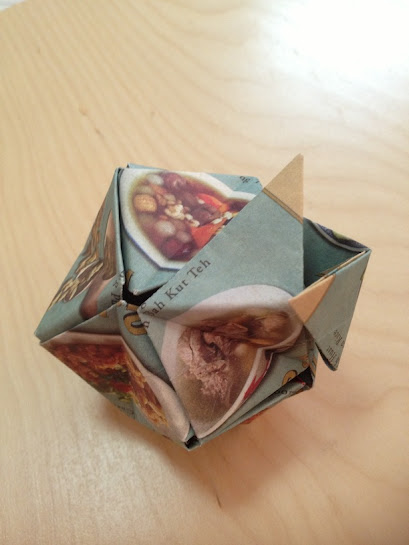 DONE! I think this will be helpful on days when I can’t decide what to eat! 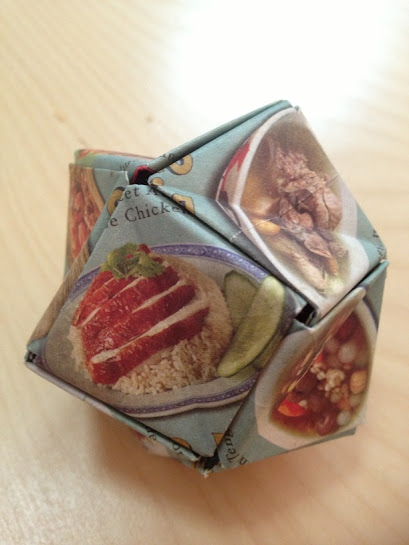